HIST-ANALYTIC
Under construction; some links unliving

Welcome to the hist-analytic web site! Although still in its early stages the creation of this site is an attempt at bringing together resources useful to historians of analytical philosophy. Some of these files are long and difficult to read online. If you have difficulty viewing the file, you very often download the page for offline viewing by going to File and then Save. Let us begin with a statement of the purpose of hist-analytic.

For those who would like to help out Hist-Analytic, I've included a link to my new book on Anscombe. The book attempts to put Anscombe's work in historical perspective, drawing from seldom cited sources, such as articles and books by Reichenbach, Davidson, Chisholm, Wm. James, Kripke and others. This is not only an exmination of her main work, Intention, but includes detailed accounts of her views on causation and determinism. If you aren't able to make online purchases, email me at baynesrb@yahoo.com and when copies become available to me I'll be happy to accept checks (that don't bounce) 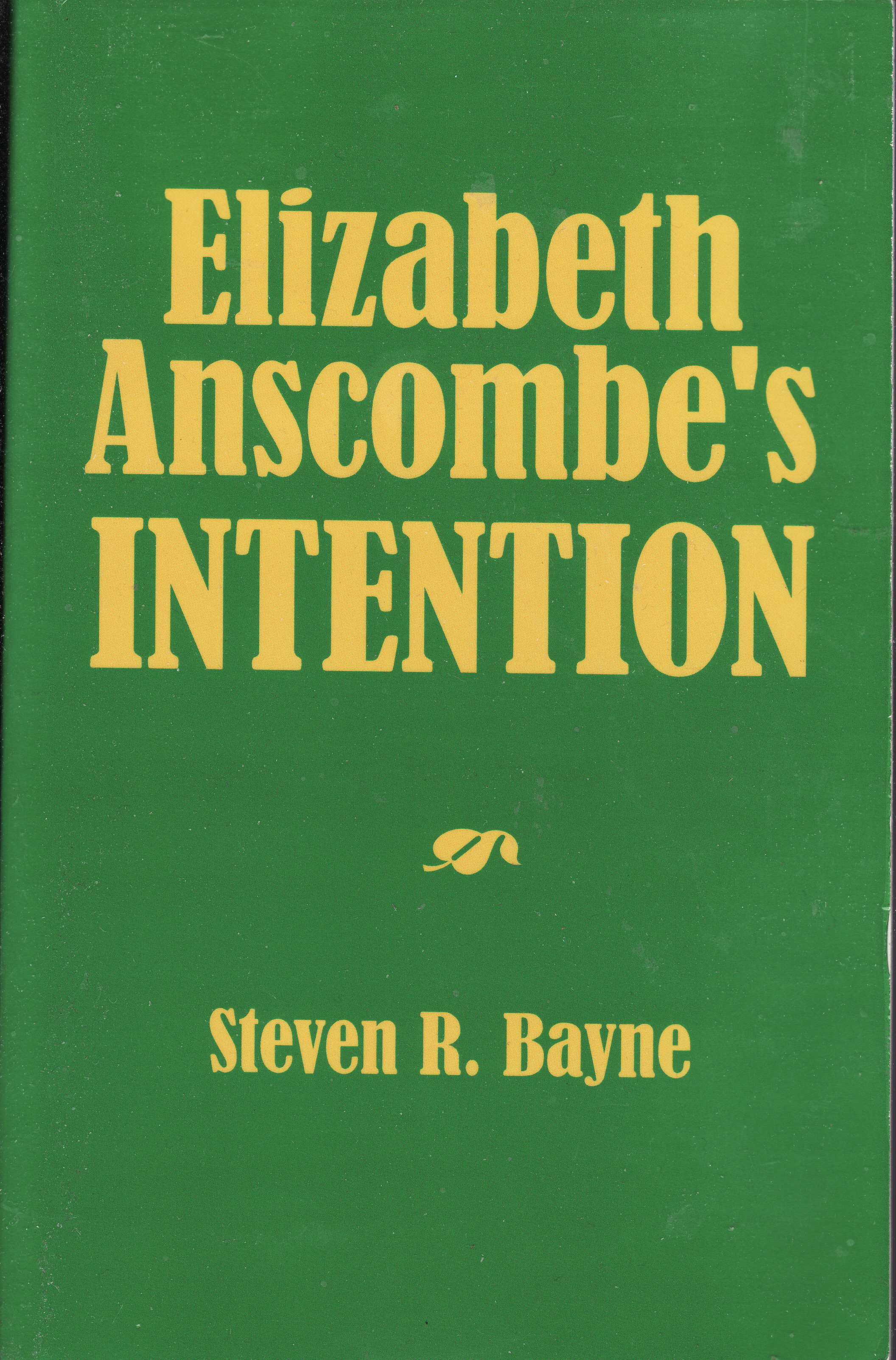 For purchase in UK:
UK Amazon

Knowledge and Experience: In the Philosophy of F. H. Bradley, by T. S. Eliot

Meinong's Theory of Objects and Values by J. N. Findlay (Preface and Chpt. 1

On Lesniewski by Guido Kung

PROJECTION, ENTRENCHMENT, AND CAUSATION in GOODMAN AND DAVIDSON by Steven R. Bayne (2017)

Statement and Inference: The General Nature of Inference; and The Syllogism 1926 (with margin notes by A. N. Prior)

The Continuum and Other Forms of Serial Order by E. V. Huntington (1917)

"Pictures and Form in Wittgenstein's 'Tractatus' by Brian McGuinness (1956)

"Recent Criticisms of 'Consciousness," Bertrand Russell (An. of Mind, 1921)

"Ontological Reduction and the World of Numbers" by W. V. Quine

The Theory of Relativity and A priori Knowledge by Hans Rechenbach

"Russell and Kripke on Quantifier Scope" by Steven R. Bayne

T. H. Huxley on the Anatomy of the Human Skull

"A Liberal Education and Where to Find It" by T. H. Huxley

"Recent Criticisms of 'Consciousness'" Bertrand Russell (An. of Mind, 1921)

The Mathematical Formalization of the Probability Calculus